As Jesus and his disciples were on their way, he came to a village where a woman named Martha opened her home to him.  She had a sister called Mary, who sat at the Lord’s feet listening to what he said (Luke 10:38-39).

I’m not often around little ones so I don’t hear it said much anyone. Maybe it’s not in vogue. There was a time when a statement in the arsenal of a parent’s toolbox went something like this: “you have two ears and just one mouth for a reason.” 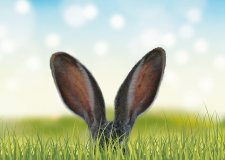 They must have wanted to impress upon us the value of listening. Is it possible we would learn more with two attuned ears than with one active mouth? Unfortunately, that was not a lesson always remembered in adulthood.

Three of the four Gospels mention a family in Bethany near Jerusalem where Jesus seemed to be a frequent house guest. It was the residence of at least a family of four, Mary, her sister Martha, Lazarus their brother, and Simon the Leper.

We are told just enough to make me curious. Here’s another family I want to meet in the next reality. Was Simon the father? Had he been cured of leprosy by Jesus? Was he perhaps the husband of Mary or Martha?

Both Matthew and John show Mary’s anointment of Jesus with expensive perfume. Only John shares Jesus miraculous call to bring Lazarus from death.

And, Luke includes an evening Martha invited Jesus for dinner. It was on that occasion we learn of this exchange between the Master and Martha:

Martha was distracted by all the preparations that had to be made. She came to him and asked, “Lord, don’t you care that my sister has left me to do the work by myself? Tell her to help me!”

“Martha, Martha,” the Lord answered, “you are worried and upset about many things, but few things are needed—or indeed only one. Mary has chosen what is better, and it will not be taken away from her” (Luke 10:40-42).

Do you hear it? Jesus’ voice is in ‘pleading mode’ with just a hint of rebuke to obtain her attention, Martha, Martha, listen. The meal in the Bethany kitchen wasn’t nearly as important when compared to the feast spread out by the divine gourmet at the Lord’s feet listening to what he said. 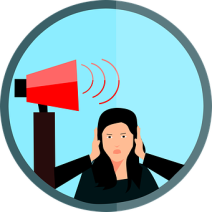 Now that the Internet has joined other communication devices of television, radio, the written word, the podium, and culture; it is probably safe to assume we live at the noisiest and busiest time yet on planet earth.

With the constant communication bombardment there is the ever-present temptation to feed on non-nutritious noise rather than to feast from the Divine spread of the Holy who designed us.

I think Mary was on to something. She listened at the feet of Jesus. It seems the Gospels want me to see her discovery of the primary source of sustenance from the God the nurturer. Is it as simple as to make sure I spend time at the Lord’s feet listening to what he said?

Don’t you think we might want to take the time to do a better job at listening to what Jesus wants us to know? I would love to hear how you are becoming a better listener.

2 thoughts on “Divine Sustenance—Listen to The Holy”

This site uses Akismet to reduce spam. Learn how your comment data is processed.