For I take no pleasure in the death of anyone, declares the Sovereign Lord. Repent and live (Ezekiel 18:32)!

My formative years took place on the tail end of a hundred a fifty-year-old nationwide revival that had reached its apex multiple decades before. Revivals are always tied to repentance.

My church tribe didn’t use the word revival because it was used by all other church groups. To differentiate ourselves from others we used “Gospel Meeting” as our descriptor. Somehow, we concluded that surely, God was more pleased with gospel meeting than with revival.

Billy Graham’s twentieth century crusades failed to corner the market on Charlotte Elliot’s 1835 hymn, “Just as I Am.” Its five verses sung multiple times in succession, underpinned calls to repentance in every church in our nation. 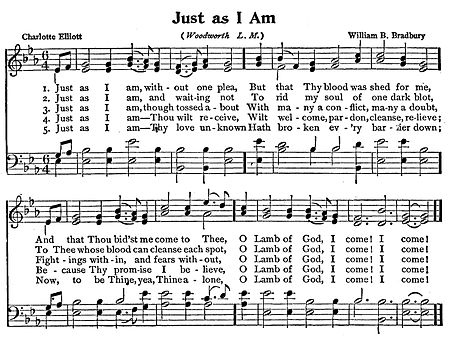 Since we were a little fuzzy on grace our church used a system that especially touched the youth.

Periodically the leaders would call a gospel meeting complete with a guest preacher. At the end of each message, his continual pleas and fifteen verses of Just as I Am would bring us to the front church pew to repent.

Yet, there was something precious about the soft hearts of the youth.

More often than not the act of repentance was not over what we would call a “grievous sin” but rather the recognition our lifestyle failed in perfection. It wasn’t all that hard to see we didn’t always follow the rules.

I suspect that is one of the qualities that caught Jesus eye when he highlighted little children as visual picture of God’s reign in the life of His creatures. “I’m sorry” flows more freely from their hearts and lips than from us older types.

Where does such young repentant hearts come from? Why is it so easily identified in youth?

Let me make a big shift in thought.

I think back to stories from the Old Testament surrounding two of God’s servants. Both stories bring out a side of God that I’m not sure how to understand. Within God’s own Holiness was He wired to repent?

Does repentance have its origin in the DNA of Holy God?

Story one is of a man named Noah. Scripture shares the depths of the human fall. The entire human race reached such wickedness that even God seemed to be caught off guard.

So the Lord said, “I will wipe from the face of the earth the human race I have created—and with them the animals, the birds and the creatures that move along the ground—for I regret [repent] that I have made them” (Genesis 6).

Then almost as if a light appears at the end of God’s tunnel Scriptures adds: But Noah found favor in the eyes of the Lord.

Through Noah God found a way to reignite His love affair with humankind.

Story two surrounds another man favored by God. This time the central figure is Moses.

The background is God’s call to deliver the Israelites from a slave state to a land of promise and freedom. After their repeated failure to trust God and continual return to the default setting of fear and self-preservation it was crisis time again.

While high on the holy mountain after the finger of God transcribed the tablets, both could hear an evil celebration from the people in the valley.

God was so distraught that His reaction was a desire to annihilate the children of Abraham—all except Moses.

But Moses sought the favor of the Lord his God. . . Then the Lord relented [repented] and did not bring on his people the disaster he had threatened.

Just a couple of quick reflections.

I don’t know completely how to understand God’s repentance other than it seems to always be motivated by His heart.

He repents of any action that might end His dream. He sees a time when all will be made new and He can at last live in perfect harmony with humankind, the love of His eternal life. 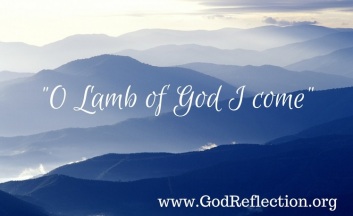 As I read in Scripture the culmination of the gift through Jesus and the end game of complete restoration I cannot help but conclude that God placed within each of us the divine gene of repentance.

God has initiated every possible heavenly act to grace me with the gift of Holy relationship, salvation, and eternal perfection. All that stands between me and the gift is my decision to activate my repentance gene or in rebellion resolve to allow it to lay dormant while I serve self and Satan instead.

The truth is—deep down in my inner heart and soul—I know there lives a repentance gene. The ball is in my court.

A GodReflection on Am I Wired To Repent?

2 thoughts on “Am I Wired To Repent?”

This site uses Akismet to reduce spam. Learn how your comment data is processed.